Speed Racer Race to the Future

Speed Racer: Race to the Future is a 2013 Indian-American flash animated film based on Tatsuo Yoshida’s Speed Racer manga franchise. The movie was directed by Robert H. Fuentes III and produced by Toonz Entertainment for Imira Entertainment. Unlike Toonz’s work on the second season of Speed Racer: The Next Generation, Race for the Future is set in the universe of the original animated series. Viva Pictures acquired the rights to distribute the film in North America in 2015. Through Cinedigm, the film was released direct-to-video on DVD and streaming platforms on January 12, 2016. 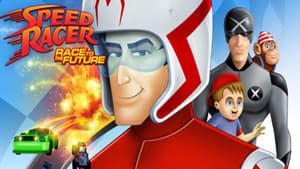