In 1996, Cuban bandleader Juan de Marcos Gonzalez, British producer Nick Gold, and American guitarist Ry Cooder convened in Havana to produce a Cuban-Malian collaboration. When the Malians couldn’t get visas, the team turned their attention to reviving a forgotten generation of legendary son cubano musicians and formed an on-the-fly ensemble: the Buena Vista Social Club. Two decades since that fateful first session, we catch up to these master musicians, as they reflect on the magical unfolding of their lives—from humble origins to the evolution and surprising revival of their careers, all against the backdrop of Cuba’s dramatic history. Brimming with unseen concert, rehearsal, and archival footage, this film is an emotional, shimmering celebration of music’s power to transcend age, ideologies, and class, and to connect us to each other through our souls. 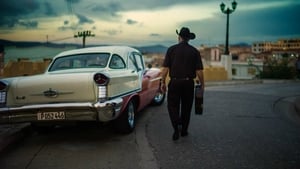